We use Github as the only method for authenticating who you are. We don’t use email/password combinations or any other method to sign you in. This is because we need to ask Github what repositories you belong to that also have the Merge Freeze App installed on them.

Why do you need to ask for my email address?

Unfortunately Github does not provide your email address when authenticating via a Github App rather than an OAuth App (more information below), so we still need to ask you to provide an email address so that we can communicate with you if we need to.

Merge Freeze is a Github App. Github Apps offer much more granular permissions than Github OAuth Apps and do not belong to any one user. They can be installed either on a whole organisation or only on specific repositories by anyone who is an owner or has admin rights.

Who can implement a merge freeze?

If "Only repository admins can freeze" is checked in the project settings, then only users with Github admin privileges on the project's repository can implement a freeze via the web UI. This restriction is also prevents non-admins from unfreezing a project, unfreezing and re-freezing single pull requests during a freeze, or unfreezing deployments if the web API is being used in a deployments script.

If a project has been connected to Slack then anyone in that Slack team can also implement a merge freeze using the /mergefreeze Slack command.

In addition to implementing a merge freeze any of the above users can also unfreeze and re-freeze single pull requests during a freeze, or unfreeze deployments if the web API is being used in a deployments script. 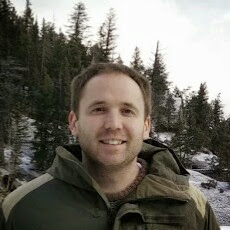 Last updated 1 month ago
Contents
Authorise Merge Freeze
Why do you need to ask for my email address?
Install the Merge Freeze App
Create a new project
Who can implement a merge freeze?